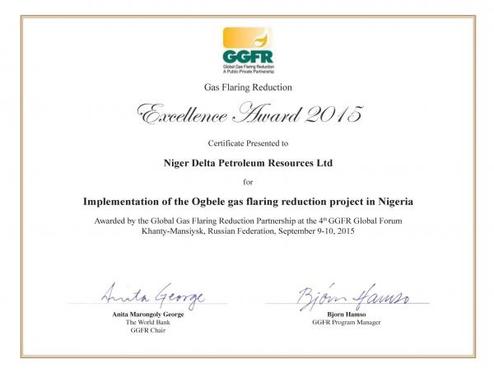 The prize recognizes NDPR’s effort to reduce gas flare emission on the Ogbele marginal field that the company operates in the Niger’s delta.

In a subsequent press release, the Department of Petroleum Resources (DPR) of the Federal Republic of Nigeria notes its pride to see one of its local companies granted such world class recognition which underlines the capacity of local companies to comply with the best international practices during the exploitation of its natural resources.