Petrolin Group is active in a number of African countries. Petrolin Group’s investments in the upstream hydrocarbon exploration and production sector in Africa take the form of direct oil block farm-ins  or equity investments in independent African companies that own oil assets to be developed.

Petrolin Group has created strategic partnerships with a number of oil companies, both international and local, in order to develop a number of oil projects. Petrolin Group’s technical and financial resource has permitted the realisation of many African oil investments. 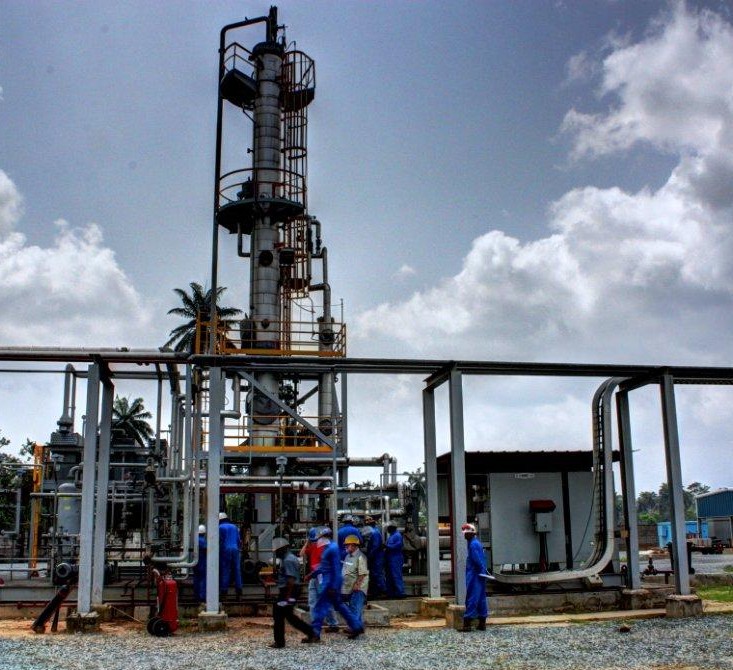 In 2005, Petrolin Group acquired a strategic participating interest in NDEP (NDPR), a Nigerian company which operates the marginal fields Ogbele (OML54) and Omerelu (OML 53), ceded to NDEP by Chevron and NNPC in the onshore Niger Delta.

The Omerelu field is scheduled to begin producing in 2021.

The remaining reserves known for these two fields are estimated at 133 million barrels of oil and 1,070 billion cf of gas.

In 2012, the Nigerian company ND Western Ltd, in which Petrolin Group has a significant participation, acquired in an international tender the 45% participating interest from Shell/Total/ENI in the onshore OML 34 in the Niger Delta, operated by an affiliate of the National Oil Company, NNPC. OML 34 supplies a great part of the gas required by the Nigerian domestic market, via the Escravos to Lagos pipeline System (ELPS), and supplies adjoining countries Benin, Togo and Ghana with gas via the West African Gas Pipeline.

Four commercial oil discoveries in OML 34 were made during the 1960s but there remain still nineteen (19) additional geological structures to be explored.

The daily production of oil from OML 34 in 2020 averaged 20,000 barrels per day, plus 400 million cubic feet of gas with three fields in production. The addition of Utorogu, Ughelli East and Ughelli West can considerably increase production up to 60,000 barrels per day if the required investment is approved. The remaining proven reserves in this block, are estimated to be 338 million barrels of oil and 2,480 billion cubic feet of gas.

In 2010, Petrolin Group took a significant participation in the capital of Surestream Petroleum Ltd., which holds interest in the capital of the Swala Oil and Gas Company, as well as participating interests in exploration blocks situated in four African countries: Democratic Republic of Congo, Malawi, Zambia and Tanzania.

These above-cited exploration assets, which are situated in underexplored regions in areas recognized as propitious for oil, hold great potential now in the process of being evaluated.

Furthermore, in the Middle-East, in Yemen, until 31 January 2015, Petrolin was directly involved in an Exploration and Production license, East Saar (Block 53).

Petrolin Group and her partners, DNO and Dove Energy, withdrew from Yemen for security reasons.

On Wednesday 7th November Africa Oil Week (AOW) celebrated its 25th Anniversary in an exceptional framework under the banner of Petrolin Group.

Petrolin Group is a participant in the Africa Oil Week (AOW) Conference, a gathering of the African oil and gas sector being held in South Africa 5-9 November 2018.